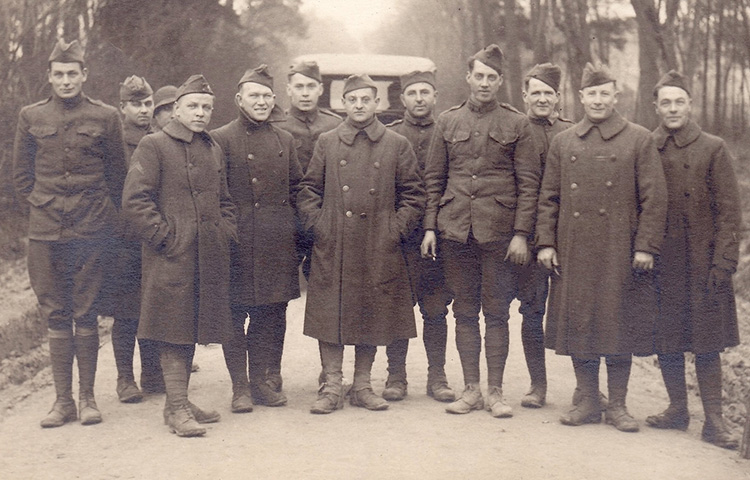 1917: How One Year Changed the World looks back 100 years to explore how three key events of 1917—America’s entry into World War I, the Bolshevik Revolution, and the issuing of the Balfour Declaration, in which Great Britain indicated support for a Jewish homeland in Palestine—brought about political, cultural, and social changes that dramatically reshaped the United States’ role in the world and provoked its most stringent immigration quotas to date.

The exhibition examines this consequential year through the eyes of American Jews, who experienced these events both as Americans and as part of an international diaspora community.

1917 features nearly 125 artifacts—including uniforms, letters, photographs, and posters—and interactive media. Visitors have the rare opportunity to view two original drafts of the Balfour Declaration, a decoded copy of the Zimmermann Telegram, the Treaty of Versailles, an Uncle Sam costume, the Medal of Honor posthumously awarded to Jewish WWI soldier William Shemin, Supreme Court Justice Louis Brandeis’s judicial robes, a postcard written by a young Golda Meir, a page from the original Johnson-Reed Act of 1924, and much, much more.

1917: How One Year Changed the World is co-organized by the American Jewish Historical Society (AJHS) and the National Museum of American Jewish History (NMAJH), and has been made possible in part by a major grant from the National Endowment for the Humanities: Exploring the human endeavor. Major support provided by Anonymous; David Berg Foundation; Tawani Foundation. Additional support provided by: New York University, Linda and Michael Jesselson, Bryna and Joshua Landes. Header image: Jacob Lavin (center) with group of American Expeditionary Forces in France. Gift of Marilyn Lavin Tarr.