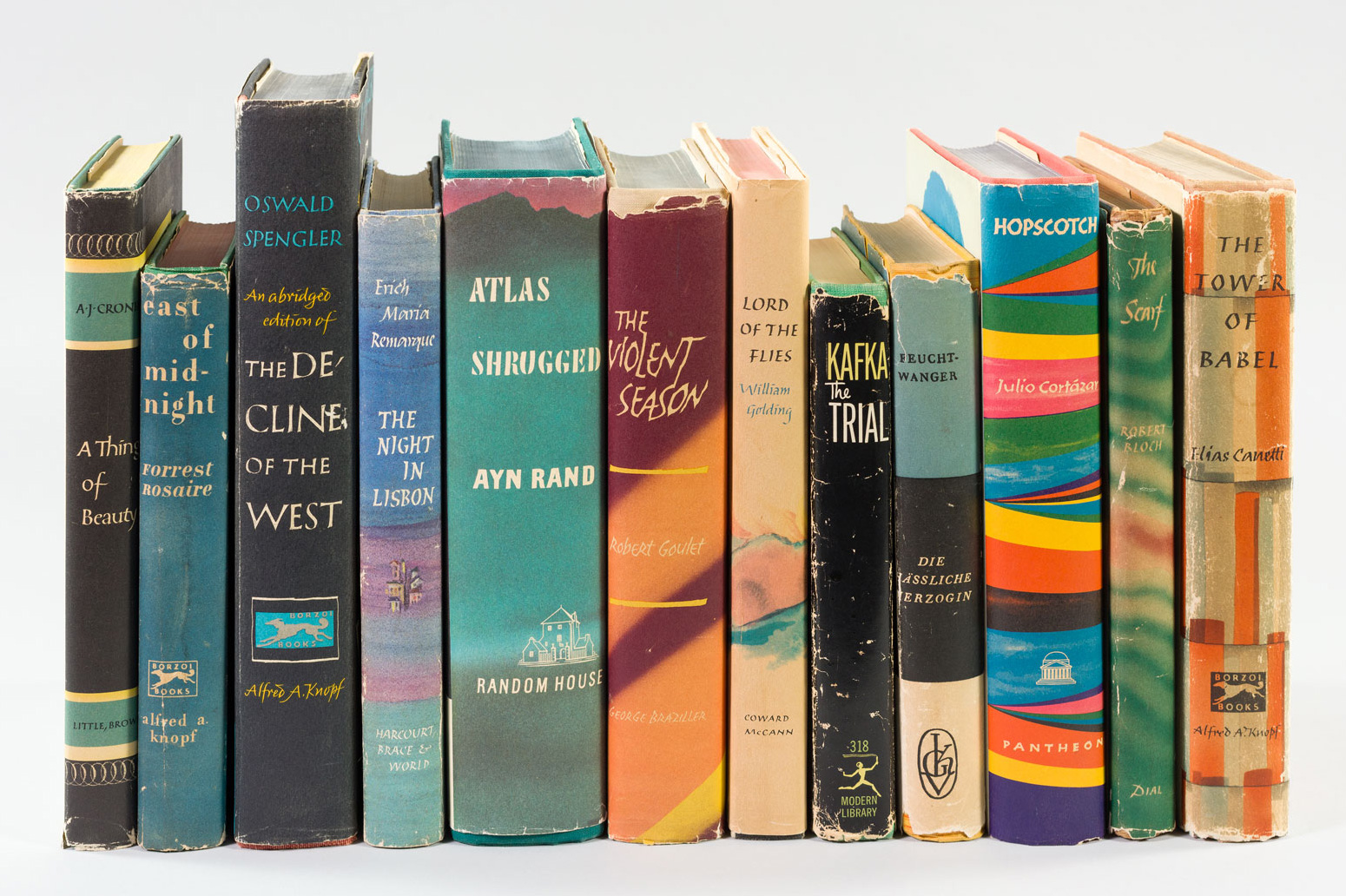 “Salter’s designs reveal a graphic artist par excellence who devised some of the best solutions ever posed by the genre of the book jacket. Salter had the fortunate ability to reduce the illustrated paper cover to its essential elements. He could visually evoke – either by typography, calligraphy, or pictorial imagery – the atmosphere of a volume’s contents. In short, by placing the highest design standard at the service of the publishing trade, he achieved the marriage of commerce and art.” – Thomas Hansen, Professor Emeritus of German, Wellesley College

George Salter (1897-1967) was one of the most prolific and influential book designers of the 20th century whose distinguished career included works for all the major publishing houses in both the United States and Germany. His legacy of design still reverberates in current design of both book jackets and contemporary advertising. Hansen, author of “Classic Book Jackets: The Design Legacy of George Salter,” (New York: Princeton Architectural Press, 2005) will give a lecture on Salter’s work and subsequent influence on publishing and commercial art.

This exhibit closed on
Wednesday, December 20, 2017